A still from Within Our Gates, one of the films discussed in Fritzi Kramer’s article for the Smithsonian.

Guys! One of my favorite bloggers was published by Smithsonian Magazine! 😀

This month, one of my favorite bloggers was published by Smithsonian Magazine’s website. Fritzi Kramer’s excellent article, Why We Need to Keep Searching for Lost Silent Films, discusses the search for and preservation of silent films featuring Diplomatic Henry (1915), a film previously thought to be lost forever. Kramer herself is passionate about preserving silent films, which is no surprise given she was involved in releasing one herself! Using footage from the Library of Congress, she was able to recreate a 1917 “night at the movies” DVD, which contains the film Kidnapped (1917) and four other short films. Thanks to the magic of Kickstarter and Kramer’s efforts, these films are now available to modern audiences for the first time in 100 years. That’s pretty dang cool! 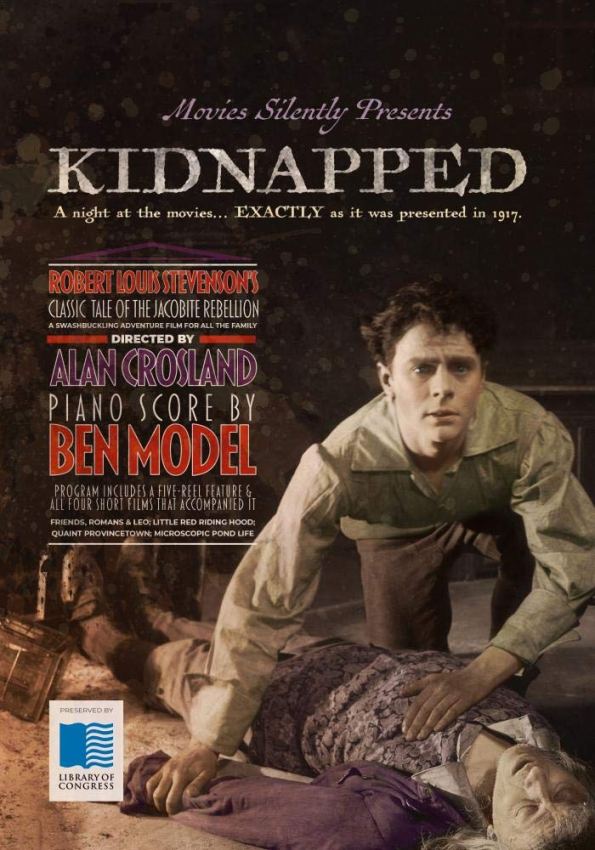 The cover to Kramer’s DVD set, which you can buy here on Amazon.

When not working to help save silent films from spontaneous combustion (not kidding) or collective cultural memory loss, Ms. Kramer is busy running her excellent blog, Movies Silently. If you’re a fan of silent films, you’ll enjoy this goldmine classic and obscure films, actors, actresses, and Silent Era trivia—and even if you’re not, I guarantee you’ll find something to enjoy. Kramer’s wit, sense of humor, and clear love of these films make her writing shine. Her film reviews alone are both entertaining and informative, and not just limited to silents; she covers “talkie” versions of silent films as well, and the comparisons are often very interesting. Personally, I find I can lose hours here just poking through her vast troves of content. Kramer doesn’t just focus on films, however. Here are a few of her other interesting recurring topics:

So if you’ve got the time, I’d definitely recommend checking out her blog. I promise you won’t be disappointed! 😀

My name's Megan, and I'm a writer with an interest in history. While I might not be a real historian, I'm a very thorough researcher. This blog is my place to post about all the interesting historical tidbits I find that can't use in the novel I'm working on, which takes place in Chicago in 1927. If you're looking for research help, writing feedback, or just want to say hi, feel free to drop me a line! :)
View all posts by lupachi1927 →
This entry was posted in Uncategorized. Bookmark the permalink.